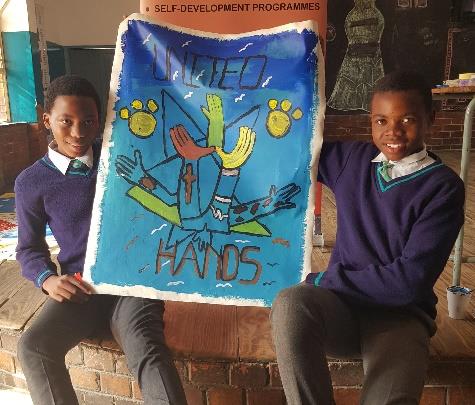 Valued Citizens Initiative, in partnership with Avon Peaking Power, Water Sanitation Services South Africa and the KwaZulu-Natal, will be hosting an Art Exhibition at the Luthuli Museum in Ilembe on Friday 21st of February 2020, in celebration of the power of our constitutional values to enable our youth to become active Valued Citizens promoting social cohesion.

While achieving greater social cohesion is becoming an important national priority through the National Development Plan (NDP) 2030 and the National Action Plan (NAP) developed by the Department of Justice and Constitutional Development, it is also part of the Social Compact, our President Cyril Ramaphosa referred to in his State of the Nation Address – promoting cooperation among South Africans but also organisations such as government and civil society to answer the many challenges before us and unlock development and economic opportunities.

“As Valued Citizens Initiative we believe in public-private partnership as a means to achieving worthwhile results. Together with our partners, we have taken the responsibility to engage our youth as citizens, in creative dialogues to construct a collective identity and a sense of shared belonging in keeping with government’s efforts around social cohesion,” says Carole Podetti-Ngono founder and managing director at Valued Citizens Initiative.

“Our Sondela Programme has engaged 201 Grade 8 to 9 learners from Guzana, Groutville, Nonhlevu and Qoqulwazi high schools in Ilembe District and Emkhayideni, Umdlamfe, Gwejobomvu and Dlamvuzo high schools in King Cetshwayo District in dialogue sessions to assert the Constitution as a cornerstone for human dignity and therefore develop constitutional literacy to protect our human rights, and engage our young people as Valued Citizens.

These dialogues give the youth a voice to state their opinions and reflect on our values as South African citizens. They instil pride in them towards nation-building and living out our constitutional values, which gives them a sense of ownership that translates into an enhanced sense of accountability,” says Podetti-Ngono.

The dialogues have been translated into 33 visual art pieces and four murals to deepen their meaning and create new symbols communicating the priorities of our children and their aspirations for South Africa.
The learners were coached by artist Isa Schwartz Gesseau of iBi Art, alongside acclaimed South African artist, Daniel Selibe known as Stompie.

“This Art Exhibition is a culminating point for our children as for many it is a recognition of their roles and their voices as Valued Citizens. Furthermore, it is essential that we support our heritage sites such as the Luthuli Museum to reflect on our history and commit together to promote Respect for Human Dignity, Unity/Cohesion, Ubuntu/Human Solidarity, Non-Racial-Non-sexist society for Peace and Prosperity to prevail, ” Podetti-Ngono says.

KwaZulu-Natal Education MEC, Mr. Kwazikwenkosi Mshengu will honour us of his presence at the exhibition.

Podetti-Ngono says the Sondela team is excited about the upcoming exhibition and how it will further affirm young learners on the results of using their voices for good.

“These dialogues have proven to be a very powerful tool for young people, now they believe they have to exercise their Constitutional rights to protect and defend this country not only as valued citizens, but also as valuable members of our society,” she says.